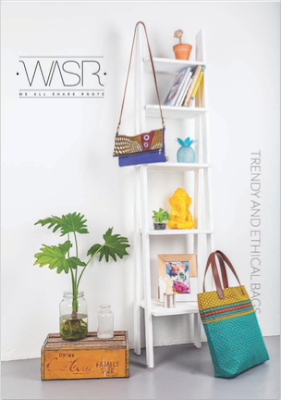 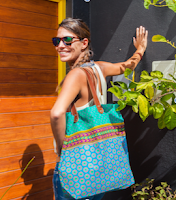 One of Create. Hobby's biggest motivations is hearing the success stories after students have completed our courses. It brings so much joy to see the difference we have made in someone's life!

Here is one of recent success stories, we thought we'd share with you.

The success story is of  Elise Sormani, Founder & Designer of WeAllShareRoots, who has created her own incredible handbag range and is now selling them in Paris and all around South Africa.

Here is a summary of our interview with Elise on how she came up with the idea, the background of the product and the process she went through and what her motivation was.

Elise knew she wanted to try start a line of products, but when she originally came in for sewing classes it was more of a test to see if she even enjoyed sewing.

Elise did our Level 1 course in 2015 and then followed it up with some project sewing classes and now has completed also our Level 2 sewing program.

After Level 1, Elise approached us with a whole list of items she wanted to create. The list included bags, dresses, jackets, pants and many more items.
I looked over the list and suggested we start with a bag.

For a few sewing lessons we worked on a bag, Elise carefully planning every little design detail.
As she was working on it, I could see that she had a true eye for design.
The bag turned out so nice that it ended up being the prototype that traveled the world. The big tote bag on the brochure is the bag we created in class.

In our interview Elise mentioned that she had so much fun putting the fabric combinations together. Playing with colour and prints.

The thing that surprised her when doing the tote shopping bag was she had rather randomly put the fabrics together, but had received such great responses. From fellow class mates comments would be made as she was sewing saying: "oh, I love the bag"
Also, when she finished one of her first clutch bags she had worn it out to a bar. While she was sitting at the bar someone had commented, asking where she had bought it.
All the questions coming in were, "where did you buy your bag?" and "I love your bag", "I love the combination of the fabrics". This gave her the idea that creating a range would maybe definitely be something to try and get started and present to the world. 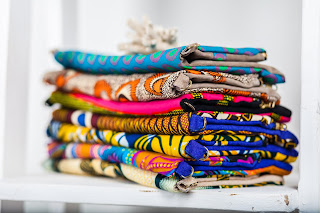 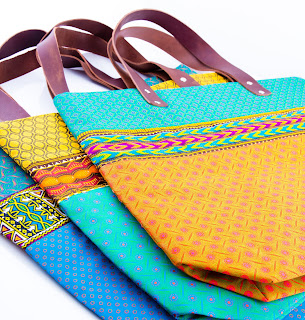 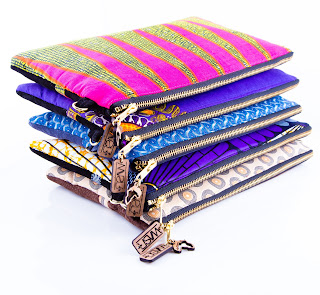 After the idea of creating a bag range, Elise started putting more thought into the whole product and motivation.

Her inspiration was to bring African products to Europe. She was really in love with african crafts. She loves the african fabrics, the general craft and how innovative many african artist are. She also saw more and more that people love african things. They just sometimes aren't sure how to incorporate them. Her range idea is to bring these small african elements in. So for example taking some of the african printed fabric and accessorising clothing, i.e attaching a pocket in shwe-shwe fabrics or creating bow tie to wear with your day to day clothing. Small tasteful elements.

The second idea was to give something back to South Africa somehow.
Being French and enjoying Cape Town so much she felt she needed to give back to the community as a thanks.
She also saw that people living in comfort were so disconnected from the problems in South Africa. 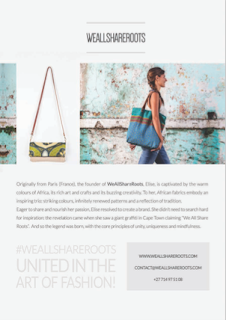 She felt she needed to find local providers to assist with her production.
She wanted to work with people who weren't in the economic main stream and help uplift communities.
This thought inspired her to try and work with local communities.

From there on she went into local townships to meet up with people and search for people who could help with the production of the range. The aim is to have an ethical production.
She said that it was such an amazing experience meeting so many lovely people.
People seemed so grateful and happy to be involved. She would receive responses like "Thank you for coming to us".
She could see there is a huge problem where people have skills, but just don't have the right contacts or outlets where they can advertise their services. 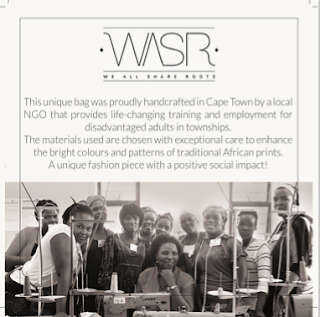 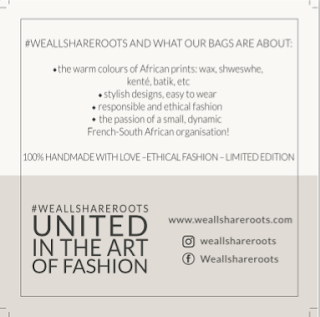 Going through the process of finding people to manufacture her bags, she did stumble upon a few problems. She realised it's not easy just working with anyone, but one carefully has to select people to work with. The manufacturing process has been a fun experience, but challenging.

The third idea behind her brand and name was, it was very powerful to be based in a country where humanity was born in human kind.
While she was working on her first product idea, there were the terrible attacks on tourists in France, there were racial tension issues in South Africa, there just seemed to be racial tensions all over the world. The true message in "We all share roots" is that human kind was born in Africa. "Remember guys, we all originate from the same place.We are all one.
We are all African. This should bring us together."

The work to follow the idea has been an adventure for Elise.
Once she came up with the idea and samples she had to look over the production process and how she would get her product out to the world.

She had to do costings, try find the best prices for her supplies and finalising the supplier list.
She also started playing around with more colour and style variations.

To get the ball rolling , a huge step was to jump on a plane back to Paris and present her bags to shops.
She wanted to see what the responses was."The French can be tricky" she says.

She was scared and nervous to show off her first bags, she felt like she might be laughed at.
But the response from shops was good. People were very interested and wanted to place orders.
One of the responses was that people thought the bags were good quality.
She felt proud of this comment, as she had made the samples herself.
She also felt surprised to see people liked the product so much. 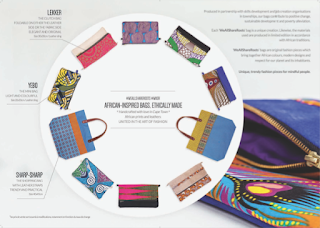 Elise says shops in Paris get so many people trying to show them products and one can easily be turned away. "They will easily turn you away and they are not even polite about it. So receiving the positive feedback was a great compliment."

"Just the fact that they spent time with me showed that there was interest. They loved the idea behind the product."

Elise was well prepared for her shop visits.
She had brochures which were well laid out and looked professional, she had a great story, and she had great samples to show.

Before she did the trip she had done all her re-search.
She knew if the trip was successful she would go ahead with production.

Before she went , she contacted shops in different ways. She first e-mailed shops and then came in to visit them.

A huge tip is to visit the shops you would like to supply and create a relationship with them.  Also, stay in contact and keep them updated with your product.

A few more challenges have cropped up with planning a range according to seasons as seasons differ between Europe and South Africa.

Advice for people who want to start their own business:

When she first started, she thought you need a business plan. So she first opened her computer and spent weeks looking at a white page. She felt blank.
"Actually starting with the sewing class and the product, it was the best way to get started, because you go into the product and into the details. You see the feedback of friends and get a test for the market. You realise the cost and the time."
The company has been running now for almost a year.
She recommends you adapt as you go along.

Second advice, take it step by step
The whole process seems intimidating and nearly too big to accomplish, but if you only take one step at a time the task doesn't seem so huge.
Try not to anticipate things that are too far away.
First get the fabric, then get the zip and then just get started. The rest will follow.
When she looks back, it looks like a lot has been done, but each step was just a small step which adds up to the big picture.
every day one task.
small steps.

She did stumble upon problems registering the name as there is a brand in France that has the word roots, but she is in the process of sorting it out. Again just tackling each problem as they arise.
This problem felt like the end of the world when it came up, but then she took a step back and just tackled it as far as she could and is making progress. "You find solutions when taking small steps."

"Try be organised.
When you produce, you need to know exactly what you need.
When you start to order, everything needs to be there so production can run smooth.
You can't stop producing because you realised you forgot the zip.
Understand timelines in production.
Keep lists of where you have placed what orders and how many units.
Let people sign off things when they have accepted products. i.e. delivery receipt.
Anticipate, and have a little foresight"

"You need a good support system.
Keep track off all your costs.
You have to be adaptable with your ideas.
And keep in mind its not always glamorous."

She would recommend people to start their own business, but says don't underestimate it, it comes with many challenges. It looks easy, but you have to put the work and time behind it.

We can't wait to see what Elise will developed next for her range.

Here is a photo of Elise with one of her very first sewing projects she completed in our Level 1 program. 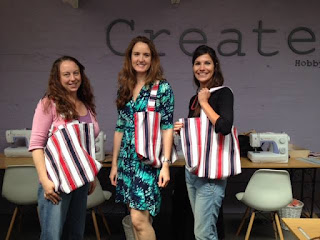 If you would like to place an order for a Handbag please feel free to contact Elise at:


Posted by Create Hobby at 4:25 AM No comments: